Unfortunately there are some deplorable people in the world that like to steal solar lights from people’s gardens. It’s not tremendously common, but it does happen. Thankfully there are some preventative measures you can take to minimise the risk of this happening to you that don’t involve donning a ghillie suit and lying in wait in your garden. Here are 5 equally ridiculous suggestions, along with their more realistic counterparts.

Everyone loves lasers, right? Wrong. The type of hardened criminals that steal solar lights do not love lasers, because lasers can be fired at them. Why not take it a step further and dig a moat around your garden solar lights, and fill it with sharks with frickin’ laser beams attached to their heads. Failing that I hear that mutated sea bass might do the trick.

If you’re working to a budget, a security light might help to dissuade a would-be terrorist solar lights thief from wandering into your garden.

We’ve all heard of guard dogs, but frankly grizzly bears are bigger and more ferocious than dogs so I can’t think of any reason they wouldn’t be better. Nope, nothing about this seems like a bad idea at all. Scare away solar lights thieves with giant grizzly bears.

If they’re all out of bears at your local pet store, a guard dog could perform a similar function. Obviously I’m not advising you to purchase a dog purely to protect your solar lights, but if you do already have one, it could be scary to an intruder (depending very much on breed I would imagine). We do also stock guard dog intruder alarms as a substitute for the real deal, which you can find using this handy button.

Some people might advise that making your garden into a mine field is not a good idea. Clearly those people have never faced the indignity of having their £9.99 solar path lights stolen. A few carefully positioned mines will soon see off those pesky burglars.

If for some strange reason you’re not looking to create a warzone in your garden, you could just try to position your solar lights in such a way that access is restricted by a fence or a wall and as close to the building as possible.

Drones are so in right now. Deploy your very own drone to patrol your garden and either (a) fit it with heat seeking missiles or if you’re feeling friendly (b) install a camera and film the perpetrators in the act.

If drones aren’t your thing then a good old fashioned CCTV camera could do the trick. Cameras have come down in price a lot recently and so if your solar lights are repeatedly being targeted, it could be worth the investment. Even a dummy camera could be enough to dissuade someone from entering your garden.

Barbed wire is a classic security measure invented by the ancient Egyptians… nah not really. Apparently the patent was actually issued in 1867 in America (thanks Wikipedia). Anyway, you could wrap some around your prized solar lights and watch on in amusement as Mr Burglar attempts to take them away.

Alternatively there are guides online showing how you can secure your lights using a combination of drilling and concealed wire, but this looks tricky. Some lights can also be cemented, or screwed into the ground or into a wall.

I would like to think I don’t need to say this but: we don’t actually condone the use of lasers, grizzly bears, land mines, surveillance or attack drones, or barbed wire to protect your solar lights. I hope that you might find some of the more serious suggestions useful though, and I’d also love to hear of any measures that you take to prevent the theft of your solar lights, either through our social channels or using the comments below. 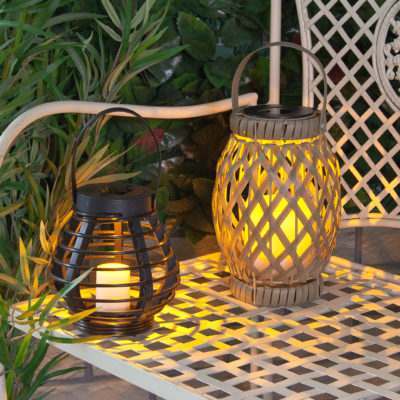 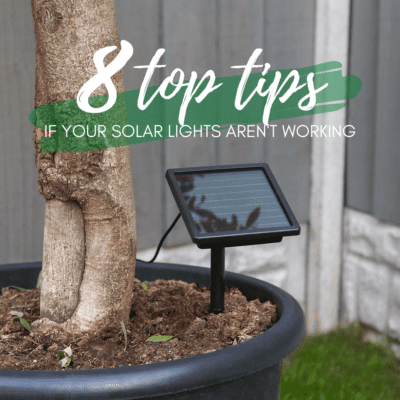 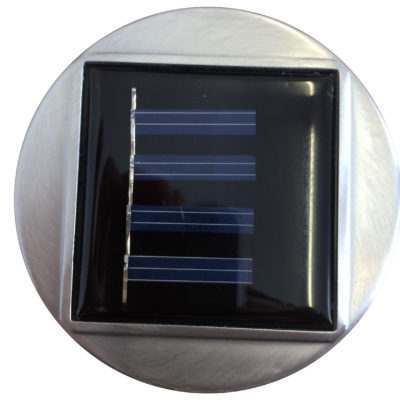